Unfortunately, many countries in the Middle East have experienced a certain degree of political turmoil since 2011. However, Saudi Arabia has managed to keep its stability. In this way, entrepreneurs still consider this country as an attractive place to carry out business. Generally, this is due to the attractive investment industries in Saudi Arabia.

1. How is the economy of Saudi Arabia composed?

Undoubtedly, Saudi Arabia is the leading economic power in the Middle East and is the richest Arab country. As you might already know, most of Saudi Arabia’s economy is based on oil. Additionally, the policy of large public works by the government has had a positive effect. As a result, it allowed the country to become the first regional economy and one of the biggest globally.

If the reason for visiting Saudi Arabia is business, you should know that it is in 92nd place in the Doing Business ranking. In case you did not know, this ranking classifies countries according to the ease they offer to do business.

There are three main commercially active regions in the Kingdom of Saudi Arabia:

Although there are no requirements for exclusive distribution. Indeed, the policy of the Saudi Ministry of Commerce states that it must be exclusive to a geographic region. Thus, many Saudi companies are active in numerous production lines.

1.1 Sectors of opportunity in Saudi Arabia

Agriculture represents 2.5% of GDP and employs 4% of the active population. Indeed, it is an unproductive sector despite the large investments made by the state. In part, it is due to geographical limitations and climatic conditions that make up its relief (scarcity of water).

The current policy aims to promote the purchase of arable land in other countries to produce goods for local consumption. In the livestock sector, self-sufficiency in derivatives has been reached dairy products and beef and sheep meat. Currently, Saudi Arabia has a diversified dairy industry that allows it to export dairy products to other Gulf countries.

On the other hand, services represent 38% of GDP. Indeed, it is a sector dominated by tourism, financial and banking services, and insurance. Hence, tourism generates a very important income (almost 4 million tourists a year), exclusively thanks to pilgrimages to Mecca. Experts expect that other industries such as telecommunications, finance, and entertainment experience significant growth in the coming years.

2. What is the current economic situation and prospects in Saudi Arabia?

It is crucial to stand out that Saudi Arabia’s power not only lies in its reserves and production of oil. Indeed, it is the only country in the world that has a production in reserve that it can activate. Therefore, that capacity allows you, if you wish, to mitigate any problem in other producers.

Despite the dependence on the oil sector, the Saudi economy has been favored by the rise in crude oil prices. In general, with a comfortable situation for the authorities, public finances, and international reserves. As a result, it is allowing them to maintain a strong public spending policy.

As we mentioned before the policy of large public works has contributed to the country becoming one of the largest economies in the world. After experiencing growth of 3.6% by public spending, they expect a moderation of the growth rate in the following years.

In 2014, the government continued its five-year investment program started in 2011, and accelerated its policy of “Saudization”.  Additionally, along with a campaign to fight immigration clandestine the government has continued to develop the industry of oil and gas. In the same way, seeking to diversify the economy through the development of the manufacturing sector, and services, and supporting the private sector.

To promote international trade, attract foreign investment, and diversify non-oil sectors, the government announced plans to establish four “economic cities”. Indeed, these cities are in different regions of the country:

2.2 Relations with the foreign

Surprisingly, Saudi Arabia is a very open country. It is the fifteenth world exporter, and foreign trade represents more than 80% of the GNP (average 2010-2012). Indeed, the country’s trade balance, structurally surplus, fluctuates depending on the course of oil and world demand. In 2013, the trade surplus was slightly reduced, a trend that will continue in the next years.

The country plays a relevant role in OPEC. In Addition, it is a member of most international institutions: WTO, IMF, etc.

3. What are the most developed industries in Saudi Arabia?

Saudi Arabia has opted for the decentralization of its market economy by joining the WTO. In this manner, carrying out a privatization program and encouraging foreign direct investment. Indeed, they want to reduce tariff barriers, eliminate subsidies gradually, and enforce intellectual property rights. In addition, allowing a majority share of foreign ownership in investment projects and services, including the banking and insurance industry.

They launched officially privatization in 2002 and planned to accompany all areas of economic activities in the Kingdom. Consequently, they took the first step in establishing several regulatory entities. Indeed, the privatized companies will act and they carry out “partial privatization” through the sale of shares of the government-held corporations, such as SABIC, SCECO, and SEC.

The implementation of megaprojects, liberalization, and improvements to the business environment will push the growth of the non-oil private sector. Next, we will see and break down some of the most attractive investment industries in Saudi Arabia:

This will be the fastest-growing sector, led by the petrochemical companies and dominated by SABIC. Additionally, together with foreign partners, operates three projects; Yansab, Sharq, and Kayan. In addition, Saudi Aramco entered the petrochemical sector with the Petro-Rabigh industrial complex for $10 billion dollars.

The deregulation of transport and communications will make the sector grow more than 9%. This way, the increase in trade and the massive amount of materials need to be mobilized for the construction during this investment boom will spur transportation growth. As a result, transportation will also benefit from the expansion of rail infrastructure, ports, and airports.

They expect to be one of the most dynamic sectors in the next years. Indeed, Saudi financial markets have gone through many evolutionary stages in a relatively short time. The relatively recent deregulation in the banking industry has laid the foundations for establishing alliances between foreign banks and local investment companies that will result in an inevitable consolidation process followed by mergers.

While the coffers of the local banks are full and want to expand abroad, the bulk of the new entrants is concentrated in wealth management. Additionally, there is a strong demand for corporate finance, project finance, and mutual funds. However, the entry of new entrants is limited by the scarcity of qualified professionals and prevents the sector from growing at double-digit rates.

They established 56 investment companies and 12 banks commercial. In addition, the expansion will continue. Furthermore, banks should also benefit from the rapid expansion of the mortgage market. The sanction of the mortgage law during this period will add greater clarity to the legal framework.

Other matters such as the development, property registration, and the absence of sufficient long-term financing, will drive rapid growth for the financing of households long before overcoming the aforementioned barriers.

This is one of the main beneficiaries of this phase of the economic boom. Because almost all projects of approximately $300 billion dollars have a construction component. They already projected particularly, in economic cities for either infrastructure or real estate developments.

The increased demand of industries for energy consumption leads to an imminent investment in infrastructure for generation and Energy Distribution. Consequently, the growth of the non-oil sector will boost consumer confidence and provide a favorable scenario for retail trade.

Job creation and higher wages in the private sector must continue stimulating consumption. Indeed, according to the WTO, the reduction of some trade restrictions will stimulate the landing of new international entrants. The level of production of services provided by the government has increased reflecting large expenditures on public health and education. Nevertheless, both continue to remain relatively low in the face of increases in other government sectors.

The government continues discouraging the production of crops with intensive irrigation, to the point that foreign competition benefits from the dismantling of this sector.

According to the government portal, the Public Investment Fund plays a key role in the diversification of the economy. It is crucial to stand out that the Saudi Government designed this plan.

The program for the 2021-2025 period deepens the development of new sectors and the strengthening of existing ones. To achieve this, the Public Investment Fund will invest 40 billion dollars annually and an additional 320 billion until 2025. Additionally, it will create 1.8 million direct and indirect jobs; and will invest $320 billion to reduce dependence on oil.

To finance this demanding investment, the Public Investment Fund will require sources of financing in addition to the traditional ones. To do this, it will privatize some of the Saudi companies and it will reduce its foreign investment portfolio from the current 30% to 20%. However, due to the increase in total investment, it is foreseeable that investments abroad will increase in absolute terms.

In short, the program represents a firm commitment by Saudi Arabia to the diversification of its economy and promises, at a time of volatility in oil prices, to develop and strengthen its economy and attract foreign investment.

5. How can Company Formation Saudi help you get more information about attractive investment industries in Saudi Arabia?

In case you are considering doing business in one of its most attractive investment industries in Saudi Arabia, our specialist can help you and advise you on this matter. Indeed, our servicesaccredit us as the leading company in the market. Therefore, you can count on us to set up your business in Saudi Arabia. Additionally, we offer an array of services to create your company in Saudi Arabia:

Do you want to get more information about attractive investment industries in Saudi Arabia? To clarify all your doubts and receive the information you need, you can count on us, since we offer a wide range of services that will help you. You can call us at our phone number if you need help +971 43 316 688 or write us an email at contact@companyformationsaudi.com.

Do not forget to check out thetalentpoint.com, where you can apply for jobs in the Middle East. The Talent Point is a platform that links professionals to recruiters looking for them. You can as well send your CV to contact@thetalentpoint.com.

Let's Talk About Your Business 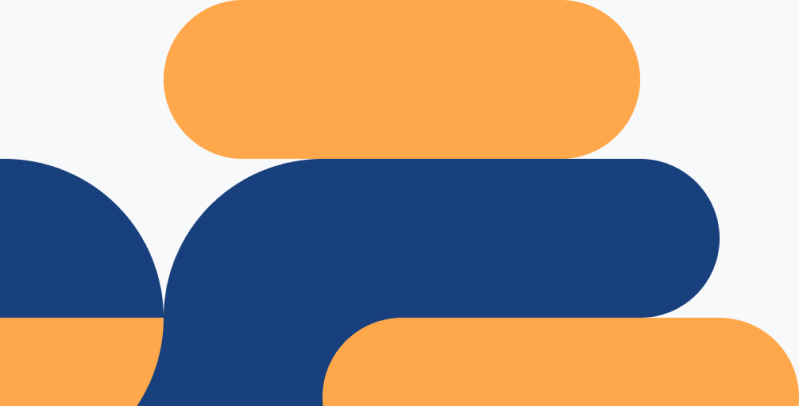 Fill the form and book a free consultation with us.